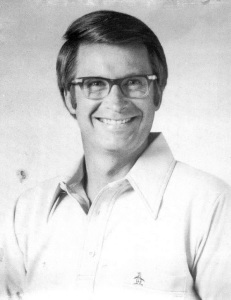 Earl Anthony – Considered the greatest bowler of all time.

Creating a ‘Best Bowlers of All Time’ list isn’t easy. There have been thousands of outstanding players in the history of the game. There are dozens of factors and criteria that can be used to determine a player’s quality, such as career earnings, annual earnings, tournaments won, tournaments placed, career average, tournaments cashed relative to tournaments bowled, and on, and on…

Scroll to the bottom of this post for a look at the best bowlers of the last 5 years.

Those are just the objective factors. There is a lot to take into account in a list like this. That’s why, for the ‘All Time’ list, we’re borrowing straight from the PBA’s ’50 Greatest Players in PBA History’. This list is from the 2008-09 season, so certain stats for current players have changed, but the overall structure of this list will likely stand for a long time.

Best Bowlers of All Time

We think the PBA did a great job with this list. Here’s the tricky part, though: how do you incorporate some of the best bowlers of today with the best bowers of the ever-growing past? For example, in the 5 years since this list has been published, Mika Koivuniemi has had incredible success, including a 1st place Tournament of Champions finish, a 2nd place U.S. Open finish, and a handful of other titles. It would be reasonable, then, to bump Mika up on that list were it current.

You also need to take into account how much the game has changed. Was it tougher back when bowling balls were hard rubber and transitions on the lane were by a quarter of a board? Or is it tougher now with the hundreds of bowling ball coverstock/core combinations, varying oil patterns, and lane transitions every half game? We don’t know. That’s not for us to decide.

Note: Averages are calculated per season, not by total games, and should not be cited as official averages (but they should be pretty close!). Because there is no definitive way to rank the players, this is our subjective order. You can sort the table by clicking on the column titles.

Best Bowlers of the Last 5 Years

Do you agree with this list? Did we leave anybody off? Let us know down below – we’ll fix the list if your argument is convincing enough.

Without a doubt, Earl Anthony was the best. He had 43 titles including 10 majors, as well as around 40 second place finishes, many where he was leading the tournament !!

Pete has been on the tour 40 years { amazing in it’s self} He’s seen it ALL. I agree with Pete, Earl was the best. P.S. Pete has the best release in bowling history.

There is NO comparison between bowlers of yesteryear & those of today. Old time bowlers had to rely strictly on accuracy, while shooting on wooden lanes, using a hard solid-rubber ball, pins that were solid, hard-rock maple & weren’t plastic covered.

I agree. It is a completely different game today than it was back then.

While I agree the the game is totally different today from what it was back in the day (because of the equipment available and the surfaces used today), I don’t think that bowlers in either era should b penalized for that. Maybe the fair way to list them is by “pre and post reactive resin bowlers,” this way bowlers in both eras r accounted for.

Can’t argue with that! We did just look at players who compete on the PBA tour for this list (which does include some international players like Amleto Monacelli and Mika Koivuniemi) but another, all-encompassing list would be fun to make!

What about Ray Bluth , 3 pba championships isn’t enough to get on the list.

What a helpful site! I must say that I rellay learned a lot today and I enjoyed reading your quality guide here on bowling. Thank you very much for sharing it with us and I’m looking forward for more interesting post. : )