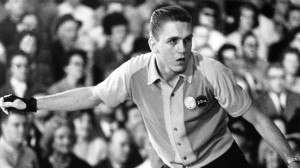 For those of you who don’t know, Billy Hardwick was a PBA Hall of Famer who passed away Saturday November 16, 2013. Hardwick is considered one of the greatest players in PBA history; he was selected as the 12th greatest player of all time during the 2008-09 PBA season. Hardwick was the first bowler to win the PBA Triple Crown (3 major tournaments during the time) and was the PBA player of the year in 1963 and 1969. Billy also owned and operated Billy Hardwick’s All Star Lanes in Memphis, TN. 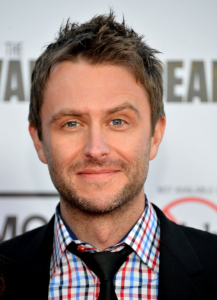 You may know of Billy’s son, Chris Hardwick. Chris is an actor, television host, stand-up comedian, writer, web entrepreneur, and owner of the Silver Lake Atom Splitters on the PBA League. Chris is, naturally, no stranger to bowling having grown up in his dad’s bowling center in Memphis. He hosts an online show called All Star Celebrity Bowling in which he and the Nerdist crew bowl against various celebrities for charity. Chris also hosts The Nerdist Podcast, a weekly interview show about “all things nerd related”. Last Father’s Day, though, Chris posted a podcast where he and his dad talked about old family stories, life in the 60’s, and of course, bowling.

The podcast itself is a bit long at just under 2 hours, but if you have the time, I highly recommend listening to it. The chemistry the two have is truly entertaining to listen to. They talk quite a lot about family members and old stories the two share but you don’t feel out of the loop as they talk. Chris does a great job adding context to everything the two discuss. What makes this podcast really great is the relaxed tone of the conversation. It is not rigid like an interview; they just talk. Billy makes you feel like you are there when he talks about his bowling career. His attitude is so down-to-earth you can’t help but keep listening.

This interview would not have been so great without Chris. Anyone else could not ask the same questions with the same level of detail that Chris does. The father-son dynamic is what makes this podcast so captivating.

Our society tends to put celebrities on a pedestal. It’s difficult for us to connect with celebrities as real people. It may be a stretch considering Billy Hardwick a celebrity, but in the bowling world he is more than celebrity; he is a legend. This podcast really humanizes Billy and diminishes that celebrity facade in the best way possible. It makes you wish you could have bought him a beer and chatted him up on a Friday night at his bowling alley.

Did you ever meet Billy? Tell us your story down below!

This was a great post. I liked the podcast choice!

I never met Billy, but I met Chris at Comic-Con a few years ago. He was completely down-to-earth and very nice; I’m sure that is a testament to the sort of man his father was. Great post.